What You Need to Know About Chianti Classico DOCG

Download DiskDigger Pro 1.47.83.3243 Serial Key With Crack [Latest] 2021 FreeOver the past few decades, Chianti Classico has been implementing a slew of changes and regulations surrounding farming and vinification, ensuring that only top-quality juice makes its way into our glasses. Before we dive, the first major point we need to address is that the differences between basic Chianti and Chianti Classico wines are pretty vast. Have you been keeping up? We’ve got your back. We’re letting you in on everything you need to know about this historic and ever-evolving region here.

You may be wondering what the difference between Chianti and Chianti Classico is. Truthfully, it’s pretty monumental. Basically, Chianti is the name of the wine produced in the overarching region found in Tuscany. Wines labeled as “Chianti” can be produced anywhere within this zone and are held to much lower quality standards and regulations than those of Chianti Classico. Think of Chianti as your basic Italian table wine—it’s typically quite affordable and it’s not always super complex, but it gets the job done when all things marinara arrive at the table.

On the other hand, Chianti Classico comprises a much smaller region surrounded by that larger zone. Wines produced under the Chianti Classico designation are held to much higher standards and stricter production regulations than their simple Chianti counterparts—and, in turn, taste a whole lot better. So what exactly are the differences? 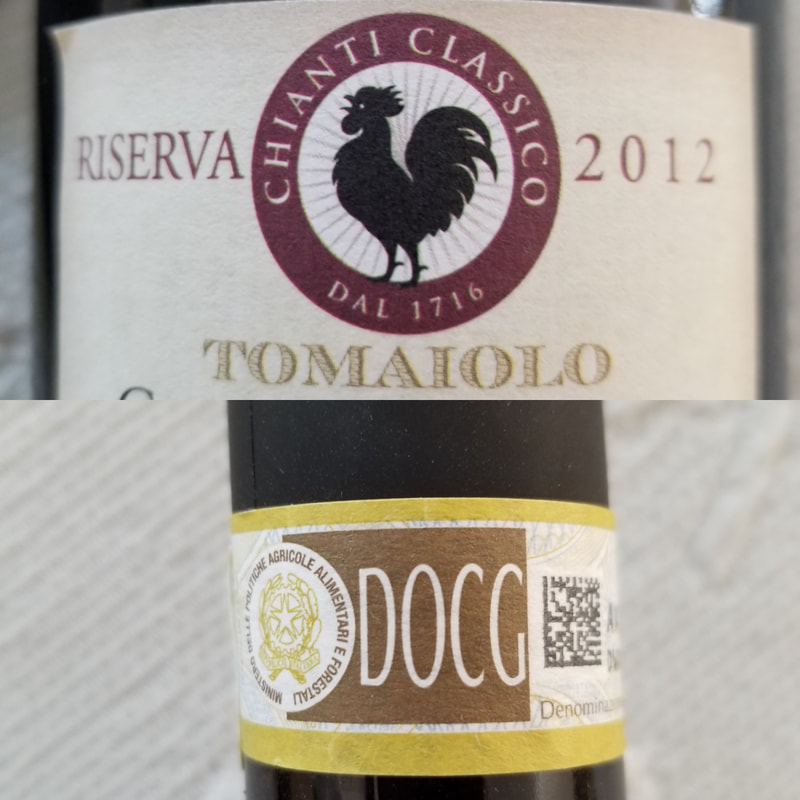 First, a bit of history. The first mentions of Chianti as a wine-producing region date back to the 14th century, though the Classico portion comes a bit later. In 1716, Cosimo III de’ Medici, Grand Duke of Tuscany, officially demarcated Chianti as a growing area. However, by the early 20th century, winemakers far from the actual Chianti region were calling their wines as such (think of it like French regions outside Champagne labeling their wines as such). In turn, this caused some serious damage to the region’s reputation, as inferior wines were being bottled under its precious label. Market disruption and consumer confusion also occurred, as there was no set flavor profile, standard, or sense of terroir being associated with these wines.

In 1924, the Chianti Classico Wine Consortium was created, which vowed to uphold a certain standard of quality within the region. By 1967, Chianti Classico was officially recognized as a DOC (Denominazione di Origine Controllata), and upgraded to DOCG (Denominazione di Origine Controllata e Garantita), Italy’s highest level of wine classification, about two decades years later. The regulations put in place by the consortium/DOCG were implemented to uphold a consistent standard and flavor profile of Chianti Classico wines, and they’re pretty straightforward. Sangiovese, the region’s signature grape variety, must make up at last 80 percent of every wine produced. Additional red varieties such as Colorino, Canaiolo, Merlot, Cabernet Sauvignon, and even Syrah, are permitted in small amounts. In the past, smatterings of regional white grapes were permitted in blends, though this allowance has been prohibited since 2006.

In conjunction with the region’s rich history, Chianti Classico has increasingly become known for its commitment to sustainability, organic viticulture, and reducing its human impact on the environment. “Chianti Classico is enjoying great success,” says Giovanni Manetti, president of the Chianti Classico Wine Consortium. “Behind that success is a territory that is unique in the world, but also requires a lot of work, significant investments, and a deep respect for the land.”

Manetti explains that two-thirds of the land is dedicated to woods and forests, and only 10 percent of the area is used for viticulture, of which 40 percent has already been converted to organic farming. “We strongly believe that respecting nature is not just important for the Earth, but useful for winemaking itself, [as it] helps to capture all of the nuances of our magnificent territory,” he says.

We know what you’re wondering: What do these wines actually taste like, and how do you know what you’re getting? Although it’s tricky to pin general, all-encompassing tasting notes down, the region’s unique quality pyramid certainly helps.

First up, there’s Chianti Classico Annata, the region’s most widely exported quality level. These wines are aged for a minimum of 12 months. Chianti Classico wines boasting a prestigious “Riserva” labeling after their names require an additional 12 months of aging, three of which must take place in bottle.

Launched in 2014, “Gran Selezione” is the highest designation of Chianti Classico’s quality pyramid. These wines are required to age for 30 months prior to release, three of which must take place in bottle, and all fruit must come from a single-vineyard or top-quality site from an estate-managed winery. When choosing a bottle of Gran Selezione, one can be sure that the highest level of quality is being purchased. From a flavor profile standpoint, the flavors found in each bottle of Chianti Classico are highly dependent on where the fruit was grown, how it was vinified, and, of course, the producer who crafted it. Generally speaking, flavors of ripe cherries, red currants, tomato leaf, fresh-cut herbs, iron, and violets, are frequently found in Chianti Classico wines, thanks to their high percentages of Sangiovese. These wines are certainly delicious on their own, though when sipped alongside pizza, red-sauce pastas, or regional bistecca alla fiorentina, these bottles shine as food pairing options.

These stringent standards of quality, coupled with the region’s commitment to responsible farming and overall sustainability, are just a few of the many reasons why critics, consumers, and industry professionals alike go crazy for these delicious, high-quality wines. If you think Chianti is all about checkered tablecloths and straw-covered bottles, pop a bottle of Classico to taste the difference for yourself.